Under California Vehicle Code Section 23103, reckless driving is defined as driving a motor vehicle “in willful or wanton disregard for the safety of persons or property.” A person can be arrested for reckless driving on either a public road or a private parking facility. 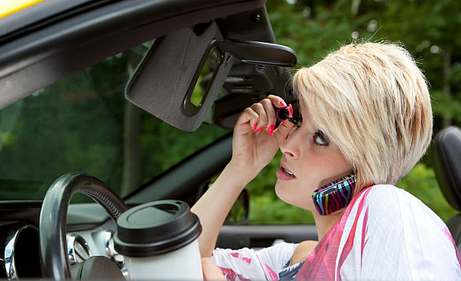 In addition to the direct consequences that can be imposed by the court, the DMV can also take certain administrative actions. After a conviction for reckless driving, California Vehicle Code Section 12810(c) requires the DMV to impose two points on the defendant’s driving record. You should also keep in mind that a conviction for reckless driving can cause your insurance company to dramatically raise your monthly insurance premiums or drop your insurance coverage completely.

Attorney for Reckless Driving in the Bay Area / Southern California

If you were arrested for reckless driving under California Vehicle Code § 23103, then contact an experienced criminal defense attorney at Ticket Crushers. Our local attorneys represent clients throughout the San Francisco Bay Area and Southern California.

In many cases, a reckless driving charge will also go along with other criminal charges or civil traffic infractions, such as speeding.

Call us to find out more about the criminal offense of reckless driving, potential penalties and possible defenses. We can help you fight the charges. Call 1 (866) 842-5384 today to talk with an experienced reckless driving defense attorney in the California.

Penalties for Reckless Driving under the California Vehicle Code

In addition to the criminal penalties, the DMV will add two points to your driving license. The DMV can also count the reckless driving conviction against you for any future license suspension hearings.

The elements of reckless driving under Vehicle Code § 23103 require proof beyond a reasonable doubt that:

The term “wanton disregard for safety” means that:

The prosecutor is not, however, required to prove that the defendant intended to cause any damage to any person or property.

Under CVC §23104(a), a person convicted of driving recklessly or engaging in a speed contest which causes bodily injury to another person is subject to:

The courts also look at other traffic violations to determine whether the evidence of reckless driving is sufficient, including excessive speeding, failing to maintain a lane, and improper passing. See People v. Nowell, 45 Cal.App.2d Supp. 811 (1941).

In some reckless driving cases, the driver can show that the driving pattern was necessary to prevent a greater harm. Under California law, the necessity defense is an affirmative defense that requires the defendant to show that:

Speeding is not Sufficient to Prove Reckless Driving

The courts in California have recognized that speeding, by itself, is not sufficient to establish that the defendant drove with wanton disregard for the safety of any person or property. Instead, excessive speed is one factor that the jury must consider.

For the offense of Reckless driving reduced from driving under the influence under VC § 23103.5, the court can either grant probation or not grant probation. If probation is granted by the court, then you can be sentenced to up to 90 days in jail OR up to $1,000 fine plus penalty assessments OR both AND attendance at a treatment program.

If probation is not granted by the court, then you can be sentenced to 5 to 90 days in jail OR $145 to $1,000 fine plus penalty assessments OR both.

It is important to keep in mind that a conviction for reckless driving reduced from driving under the influence (DUI) under VC § 23103.5 will act as a separate DUI conviction if subsequent DUI offense committed within ten years.